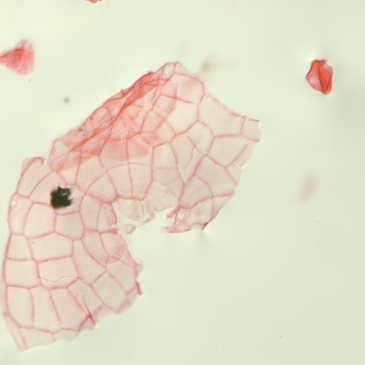 The bolide impact at the K-Pg extinction had a devastating effect on forest habitats and the faunas living within them. While evidence for forest canopy collapse exists from palynological records, for example the fern and fungal spore spikes, many questions remain including: how badly were forests impacted by the disastrous the K-Pg event, how long did it take to for the forest to recover their original structure, how did the structure of the forests change after the extinction of the large-bodied landscape architects (dinosaurs) of the day, and how were vertebrate faunas impacted? To answer these questions, I am working with palynologist Antoine Bercovici (Smithsonian Institution and DMNS) to develop a high-resolution record of rLAI (reconstructed Leaf Area Index) through the impact event at several locations in the Western Interior of the United States.

A recent paper by Daniel Field (University of Bath) et al. suggests that the avian faunas we know today evolved from surviving lineages of mostly terrestrial birds that squeaked through the K-Pg boundary event.  The new rLAI record we are developing will add important data to further test this hypothesis and others about animal evolution following the disastrous, yet fortuitous event for life that evolved subsequently.